Published
8th Feb 2017
Regardless of weather, sex or age, increasing numbers of people are taking up running: for pleasure, to stay in shape, for fitness. Marathons and half-marathons are no longer niche events for professionals. In the context of this trend charity events have begun to pop up, events where each kilometre run results in help to the ones in most need. Hicron, founder of the “Hicron runs for...” campaign, reviews the most interesting events.

Charity events are part of the company’s operation 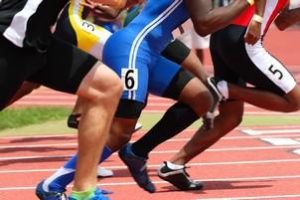 Hard data confirms the growing number of running enthusiasts: Warsaw Marathon in 2002 hosted 307 runners, 11 years later 8,550 people participated in this event. Almost a 28-fold growth in participant numbers made the capital’s marathon the 14th largest running event in the world.

In addition to improving your health, running also brings about other benefits. Running events have become a great opportunity to promote charity causes as well as encouraging fundraising for the needy.

34 countries in the world host the Wings for Life World Run, founded on the “We run for those who can’t” philosophy. It is an original event in which the finish line chases the runners. The idea behind the event is to unify all runners, thus the run begins at the same time, regardless of time zone. Half an hour after the start, the finish – a special car – begins to follow participants. It the car overtakes somebody, this person ends their run.

All profits of the Wings for Life 2014 run – 3 million euro – were donated to research into the treatment of spinal cord injuries. To date, the record holder completed 80 km, the female record holder covered a distance of 55 km. The polish run took place in Poznań, where the finish caught up with the winner in the male category at the 49th kilometre and the winner in the female category at the 40th kilometre. The next edition of the event has already been announced.

Maciek is severely ill. His dad Paweł is a pioneer who runs marathons together with his son sitting in a special cart. Together they promote the idea of family running even with those people who are unable to move on their own.

The 5th edition of the event will take place in June in Wrocław. All profits from the event will be donated to support sport carts for disabled children. Thanks to the “Maciek runs” campaign we are able to organise the next runs or buy carts for our students, thus spreading our “I run – I help” philosophy.
Paweł Jach
“Maciek runs” organiser

Running is for everyone, even for a Spartan. The truth to this claim is proven by members of the running group “Spartans for Children”. They coupled their love of running with the urge to help ill children, which crystallised in collecting funds for professional dog therapy. To honour invincible warriors (who by the way were late to the battle of Marathon) members of the group run in full Spartan gear.

Their unusual appearance, which they wear regardless of weather, may prove to be a good motivation to other runners wearing comfort and breathing materials. Spartans take part in every major running event, including charity ones.

The symbolic fight against cancer can also materialise in the form of running. Physical exercise is one of the basic cancer prevention activities, promoted (among other things) by the “Cancer. You can cure it!” campaign. The short, 5 km route could be completed by all participants of the “Overtake Cancer” run. Regardless of whether they walked or run – thanks to more than a thousand participants, organisers managed to raise over 50 thousand PLN, which was donated to the Polish Coalition of Oncology Patients Organisation.

In addition to charity events related to running and widely described in the media, there are a lot of small initiatives around us, organised by small groups of people. The IT company from Wrocław – Hicron – kicked off a running competition for its employees in August of last year. Each kilometre run registered in the mobile app increases the fund, which is later donated to a beneficiary. Each quarter employees of the company vote on the new initiative they want to support and “run funds” for.

Three editions of the event have resulted in over 17 thousand kilometres run by employees. The top monthly score belongs to one of our colleagues, who has run over 666 km in January. Our first beneficiary was Maciek Jach, who starred with his dad in the film promoting our campaign.  Currently we are participating in the next edition and we will keep running
Michał Guzek

Film about the “Hicron runs for…” campaign

Why is it worth getting interested in ABAP today? We asked the youngest ABAPers!