Published
10th Sep 2019
Since 2016 we have been working together with Solaris to prove that the implementation of a properly adjusted warranty service system is the right step towards tangible business benefits.
Our offer

Solaris Bus & Coach S.A. is one of the European leaders in the production of buses and trolley buses. Every day Solaris is actively improving the quality of public transport in hundreds of cities across Europe.

Focusing on the future, the company sets new standards by dynamically developing its products and improving after-sales service. Solutions such as the warranty system and the eSClaim web platform, created especially for Solaris, show that listening carefully to the needs of a company can bring excellent results.

Solaris pointed out the important aspects of their warranty service support system during the first talks with Hicron. First there was the operational aspect, primarily: a standard and transparent process supported by a uniform and efficient IT system, the ability to decentralize the handling of warranty claims, short settlement time, control over the source of spare parts used for warranty repairs, effective recovery from suppliers/producers of parts, as well as the ability to analyze vehicle failure rates and much more.

The second aspect was business-related and mainly concerned cost control and the possibility of continuous warranty cost reduction for individual vehicles.

Since there are so many foreign subsidiaries of the Solaris vehicle manufacturer with various organizational solutions for settling warranty claims submitted by workshops, the requirements set for the implementation team were very high. It was necessary to standardize the processes of handling warranty claims as much as possible. The implemented system had to support all necessary process variants, at the same time remaining simple and highly transparent in the processing of warranty claims. – The adopted assumptions have been fully met, and we are now working on further improvements – says Filip Stankowski, Senior Consultant of the Logistics and Automotive team at Hicron. 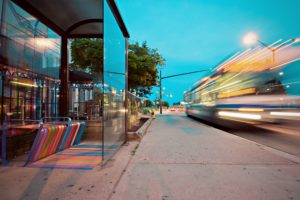 The organizational solutions of Solaris in the area of warranty handling processes were not consistent with the WTY module process standard developed by SAP. The classic solution was prepared for three actors participating in the process: dealers, an importer, and a vehicle manufacturer. This can be described using the example of a company (importer) buying cars in Japan or the United States, importing these cars to Europe, and then selling them to European dealers. When a car needs repair, the dealer – after performing it – submits a warranty claim in the system. The claim includes the work done and the parts used. If the claim is complete and correct, and the repair is covered by the warranty, the workshop receives a refund for the repair costs from the importer. For the dealer, the process is already completed, while the importer sends the same warranty claim to the vehicle manufacturer. The vehicle manufacturer settles with the importer accordingly. This completes the processing of the claim.

In the case of Solaris, the process is more complex, with other actors appearing in the warranty claim handling chain: workshop, warranty service intermediary, vehicle manufacturer’s central warranty service unit, parts supplier/producer. Vehicle users repair vehicles in workshops authorized to perform warranty repairs. Many users have their own workshops, others use external workshops authorized by Solaris. After completing the repair, the workshop submits a warranty claim in the system.

Significant savings for a good start

The initial stage of cooperation between Hicron and Solaris was focused on the implementation of the WTY system in the scope enabling the handling of the basic variants of unified warranty processes. Solaris – after introducing organizational changes and launching the warranty system designed and developed by Hicron – achieved significant business benefits in the first year of the system’s operation. The resulting operational efficiency as well as the high and constantly growing sales volume of Solaris vehicles meant that the savings translated into high amounts expressed in absolute values.

– Appropriate systemic support for warranty claims handling provides significant financial savings for Solaris every year – summarizes Petros Spinaris, Deputy CEO at Solaris responsible for After Sales. The WTY system, apart from the central warranty service unit of Solaris, is currently used by all of its foreign subsidiaries and the majority of workshops servicing Solaris vehicles. The system is also ready for launch on new markets.

When the first stage of WTY implementation was almost completed, Solaris was already aware of the potential that lies in the optimization of the warranty service process and elimination of the inefficiencies caused by the previous systemic and organizational solutions. A conducted analysis revealed that much more could be done about the handling of warranty claims.

How does the warranty system save money?

Improvement, sealing, unification, standardization – these terms are often used in the context of warranty service processes. But what does this mean in practice?

According to Solaris the implementation of the new warranty system significantly enhanced the company’s operations in the area of warranty processes. It improved the quality of the service and enabled the automation of ongoing operational works. Several solutions contributed to these results.

The works carried out by Hicron included the adaptation of the warranty system user portal (called eSClaim by Solaris), which is used daily by workshops repairing and servicing Solaris vehicles and by foreign subsidiaries of Solaris, acting as warranty service intermediaries. The role of a warranty service intermediary was included in the warranty claim handling process as part of the system adjustment, and the users of the eSClaim portal were provided with many unique functional options that go beyond the standard solution.

The inclusion of foreign subsidiaries in the process of handling warranty claims submitted by workshops is one of the elements that affected the savings of Solaris. The subsidiaries acquired partial autonomy in process servicing and gained the ability to make independent decisions within the agreed scope. If the extent or nature of a warranty claim exceeds the agreed scope, the claim – reviewed by the subsidiary – is directed to the vehicle manufacturer’s central warranty service unit. The adopted solution provides benefits to all participants of the process, in particular a higher service level for workshops and more accurate decision-making on the acceptance or rejection of warranty claims.

The wide scope and transparency of the data and information collected in the system during the warranty claim handling process allow for high process control and short response times. As a consequence, the time required for warranty settlements was shortened, both with workshops and with suppliers/producers of parts that caused failures.

In addition, the data collected in a single system enables its efficient analysis and generation of a wide range of valuable information, both operational and strategic in nature. Analysis of previous failures enables quick implementation of accurate corrective actions to eliminate the causes of failures. Data on past repairs combined with the market on which the vehicle was used also help in accurate calculation of the future warranty service costs of vehicles. Well calculated planned warranty service costs are an important aspect in the calculation of the sale price of new vehicles. This enables precise control of sales profitability and ensures the competitiveness of the sales offer.

Another important added value of the solution is high control over the flow of parts, including new ones, used for ongoing warranty repairs, as well as parts recovered from the repaired vehicles. The system uses a so-called part acquisition source functionality developed by Hicron. It indicates where a part was purchased and enables non-standard control over part prices used for settlement purposes. If a part was not purchased at a workshop’s or warranty settlement intermediary’s default point of sale for parts, these entities can indicate the place of purchase and – in specific cases – the price of the parts.

Using the so-called alternative part acquisition sources often shortens the downtime of vehicles in need of repairs. For this reason, this solution is valuable for both vehicle users and Solaris. Solaris also receives information about which parts were installed in a vehicle.

This functionality is not present in the standard version of WTY, which is why we are all the more satisfied with its efficient operation. The part acquisition source functionality was prepared by Hicron especially for Solaris, but we are convinced that it can also be used in the warranty systems of other manufacturers.
Filip Stankowski

We are moving forward! 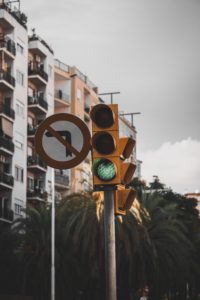 The first stage of cooperation between Hicron and Solaris was carried out as a typical implementation project. – At the tender phase we were competitive because of the niche, specialist knowledge and competence of our team as well as the testimonials received from previous clients. At that time we had already completed six WTY implementations – says Adam Warszewski, Sales Director and Associate Partner at Hicron. – Our company was committed to providing the client with a functional system.

Near the end of the initially contracted project, Solaris stated that the cooperation with Hicron was going very well. A joint decision was made concerning further implementations, carried out in the agile model. Currently a relatively small project team is working on additional system improvement and development. Some projects take several weeks, others a few months, and teams of adequate size and competence are appointed depending on the complexity of the task.

Hicron specialists are excellent at adapting SAP to our requirements, utilizing standard solutions to a great extent. At the same time, if necessary, the team efficiently designs and implements their own, proprietary improvements – says Piotr Fabisiak, Project Manager and Solution Architect at Solaris. – We are currently working together to prepare tools for integrating the WTY system with the systems of repair workshops. These tools will enable the workshops to automate claim submissions in the eSClaim system and to track their processing status.

In summary, thanks to the cooperation with Hicron, Solaris acquired a warranty system tailored to its complex organizational structure including four entities: Solaris headquarters, Solaris foreign subsidiaries, repair workshops, and suppliers/producers of parts. The system’s external user portal was adjusted, gaining numerous above-standard solutions. Internal and external users of the system received many practical and useful functionalities. In particular, a mechanism was provided to service the sources of part acquisition by workshops and subsidiaries.

The mutually satisfactory cooperation between Hicron and Solaris resulted in more future plans. In 2019 we are preparing integration mechanisms for external users of the system. This group, due to the scale of activity, requires the option to automatically create warranty claims in the eSClaim system, based on the data collected and processed in their own IT systems, as well as to track the status of claim processing.

The satisfactory implementation of an efficient system became the beginning of further fruitful cooperation. The team of Hicron is now facing new challenges associated with proposing, planning, and implementing modern solutions for Solaris. Taking the right path of technological development, Solaris stays ahead of market trends by choosing and implementing solutions tailored to their business.

EDI: How to enhance the document flow?

How can business transformation help the automotive industry?

Aim for good solutions – the automotive industry according to Hicron